Francisco is in charge of the visual effects department and worked as camera operator. He has done visual effects for films such as “Hacker”, with Haylie Duff, “Turbulence”, with Dina Meyer and Victoria Pratt, “It’s in the streets”, “Restored me”, with Richard T. Jones and Steven Bauer, the family adventure “The kids from 62-F” and worked with the director Mauro Blanco in several other projects. 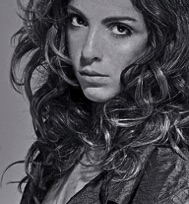 Caroline Darrieux was born in Brazil from a French family and raised in different countries and is a creative professional with many years of experience in movies, television, advertisement/commercials, stage/theatre/ballet and photo shoots. She holds a Bachelor degree in Fashion with a specialization in Costume Design, and after dedicating many years in Fashion Industry, working for many brands and aiming to work with couture in Paris, she found her true passion working in a Costume Department "by accident." And it became her professional path. Her professional career in Costumes had a real start on TV Globo, the largest commercial TV network in South America and the second-largest TV network worldwide, producing around 2,400 hours of entertainment per year in their studios, especially TV series and Soap Operas. Recognized for its production quality, it was awarded14 international Emmys, some that Caroline was proudly part. She moved to the USA in 2010 and started from zero in a new country. Since them, she keeps adding great work experiences to her resume 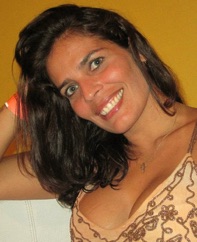 Born in Ceará, Brazil and now lives in the U.S. She has studied acting with Vincent Chase, in Los Angeles. She won a Miss Brazil-U.S.A. pageant in Orlando, Florida, which has led her to become as spokesperson and model. Singing is aother one of her talents. She has studied with Seth Riggs, and has fronted a few bands and done numerous shows, both in the U.S. and in Brazil. Being always involved with sports and martial arts, she trained Brazilian Jiu-Jitsu with the Machado brothers, kickboxing and boxing, which led her to host the TV show Planet X.

Adriano is originally from the city of Porto Alegre, in the south of Brazil. Although he as a great help playing a bit part in the film and as a production assistant, he has a B.S. in Biological Sciences, Masters degree in Science, on plant breeding and biotechnology. He spent one and a half years working for the U.S.D.A. in Idaho and has a PhD from the University of North Carolina at Charlotte, where he studied bioinformatcis and computational biology. As a hobby, he raced sail boats and participated in the Cummins Cup of Mexico in 2011. He won the South American Cup in 2010.

Fernanda is originally from São Paulo, Brazil. She studied radio and TV broadcasting at the Methodist University São Paulo and music business at Chandler-Gilbert College in Arizona.

Reildo is from Salvador, Bahia, in Brazil. He graduated in electronics, has a B.A. in business administration and also a Masters degree in software development. He studied Taekwon-Do for 7 years and Aikido for 4 years. Along with his very technical and business side, Reildo is also an accomplished musician. He studied music production at LACC in Los Angeles. As a keyboardist, he has played live with several bands throughout the U.S. and Brazil, and has done studio sessions.  He is also a motivational speaker and life coach.

Kelly is originally from Ceará, Brazil, but has made California her home for over two decades. She has worked in several productions for TV commercials, in Los Angeles.

Olavo was born in the northeastern state of Ceará, Brazil. After graduating journalism at UNIFOR, in 2007, he decided to pursue filmmaking. He studied at the New York Film Academy, in Los Angeles and has worked in 30 short film productions as a director, writer, producer, casting director and assistant camera.

Marconi is a music producer / sound engineer / keyboardist and arranger born in Rio de Janeiro. At Escola de Música de Belas Artes do Paraná, he studied piano, violin, flute and choir singing. He started as a musician / side man, then became music director and producer. With over 70 albums produced and credits in over 30 movies, he currently lives in Los Angeles working in the entertainment industry.